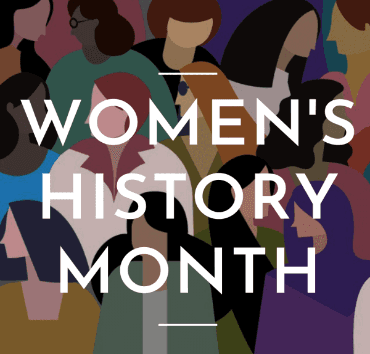 Eleanor was selected in 1966 by an appointed town committee to write an update to Rev. Wilson Waters 1917 History of Chelmsford Massachusetts, but stopped work about 1976 due to her commitments as editor of the Chelmsford Newsweekly. As the editor of the Chelmsford Newsweekly for more that a decade and then as a writer for the Chelmsford Independent, Eleanor's name became synonymous with journalism in the community. Her lively editorial comments and coverage of local politics and history has influenced a generation of readers. Proceeds from the books, Looking Back with Eleanor Parkhurst, by Judy Buswick and History of Chelmsford 1910-1970, by Eleanor Parkhurst & Fred Merriam go to the Chelmsford Historical Society.

Betty spent a lifetime imparting her passion for history, current events, and social justice to all who knew her. She was born in 1924 in Providence, RI. and received her Bachelor's Degree from Manhattanville College and a Master's Degree from Brown University in American Civilization. For over 35 years, she served as a trustee of the Chelmsford Public Library. She worked tirelessly for decades to bring about the major renovations that were completed in 2000. She received the Outstanding Trustee Award from the Massachusetts Library Trustees Association Board of Directors in 2006. In addition to her years of dedicated service to the library, she worked on numerous political campaigns, led architectural history walking tours for Boston By Foot, acted as a town meeting representative, cooked meals at the House of Hope shelter in Lowell, worked with hospice care, volunteered at the Garrison House, and interviewed students for the Town of Chelmsford Scholarship program. She was also involved in the Voice of the Faithful, the Chelmsford Committee Against Racism, and the arms control movement. The Town of Chelmsford honored her as Grand Marshal of the Fourth of July parade in 2008, and presented the key to the town to her.

Torry Gullion believed community service was paramount to keeping Chelmsford with the reputation of a rural community and the perfect place to raise a family. She worked in the Town Clerk’s office throughout the 1970s and into the 1980s, as well as serving on the Town’s Historical Commission and Conservation Commission. In the 1980s she became a director for the Chelmsford Land Conservation Trust. A popular trail system in Chelmsford is named after Torry and her husband, Bruce. The Bruce and Torry Gullion Lime Quarry Reservation on Littleton Road is dedicated to them for their dedication to the open spaces in Chelmsford.

Jane attended schools in Woodbury, CT, where she graduated as valedictorian. In 1952 she received a degree in chemistry from the New Jersey College for Women (Rutgers) and work at Merck Pharmaceutical Company for many years. She became interested in local history around 1970 and was known for her historical research of the old buildings in Chelmsford. In 2004, the Chelmsford Historical Society presented her with its Guardian Award and in 2006 she was chosen to be one of two marshals for the 4th of July parade. She served as the Chelmsford delegate of the Middlesex Canal Association for over 40 years.

Peggy served the Town of Chelmsford on the Open Space Advisory Committee, the Historic District Committee and as a Town Meeting Representative in Precinct 1. Peggy was most notably recognized for the founding of "Winterfest", a long standing tradition in Town for over 30 years. Winterfest is a collaboration of local, non-profit organizations in Town to host winter themed events at various locations during the first weekend in February. Peggy's idea was to encourage people to enjoy the outdoors during the winter, and offer fun, free, family-friendly activities to the public. This tradition lives on in Chelmsford to this day.

Mary was a 1956 graduate of CHS. She served as the Chelmsford Town Clerk for over 30 years from 1972 - 2002. Following her retirement as Town Clerk, Mary was appointed as a Commissioner to the Chelmsford Housing Authority in 2003. She was active with the CHA advocating for and assisting others with the maintenance and construction of affordable housing for many families and seniors in the community until her death. She was honored by the CHA and her fellow Commissioners in 2016 for her 40+ years of dedicated service to the Town of Chelmsford and the community. The Community building at the newly constructed Chelmsford Woods complex was named, The Mary E. St. Hilaire Community Center in her honor.

Kathleen was a 1965 graduate of Chelmsford High School, and a 1969 Tufts University graduate, where she was one of the first few women to graduate with a civil engineering degree. She worked as a civil engineer and surveyor locally, owning her own business, Howe Surveying Associates. A proud resident of Chelmsford for more than 50 years, she actively served on many town committees and organizations. In recent years, she also enjoyed painting and reconnecting with high school friends. Kathi was known for her positive outlook, outgoing nature and constant smile.